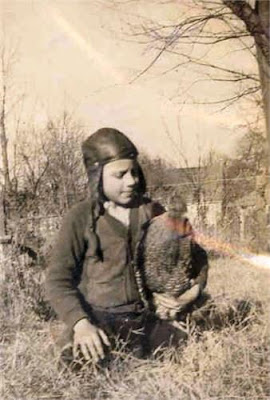 I am told I am many things;
some of them may well be true.
I am Homo sapien,
cousin to the chimpanzee,
a warm bloodied mammal
spawned in some protozoan sea;
Adam's child of dust from the stars,
shaped with spit and spittle
by the finger of God;
raised like cotton in the hot Delta bottom
land of the muddy Mississippi;
a Baptist of the post-war South by tradition,
a critic of convention by training,
skeptic by faith,
humanist by disposition;
by profession reason's servant
raising horizons,
altering consciousness states.
Epitaphs are for others to write, he thought.
Yet in water he did write
by flesh, blood, and bone
with premature words
a conflicted legacy;
his wry curiosity producing
only odd forgettable marginalia
to conventional views of reality.

WHAT DOES GOD DO?

Answering this question will depend on knowing which God and what is being said about that God, since not all Gods behave alike.  With those two caveats stated, this is the rule: Gods do what they are thought to do—no more, no less!  Basically God is an idea that "exists" in most human minds.  Hence, God has no "objectified existence"—that is, an "over-there-ness from me" that can be pointed to.  God "is" (only in a sense) akin to an invisible immaterial spirit—and even that is too concrete.  There is no spot in the entire universe where God can be located as a "material existing thing" or a person might be.  Nor is God spread pervasively throughout the universe "in all things."  To think in such a way is to objectify God by identifying God in some way with living creatures and plants (flora and fauna), and inanimate objects.  A saying in the Gospel of Thomas attributed to Jesus, however, says precisely that: "Split a piece of wood; I am there. Take up a stone and you will find me there" (77b; cf. Colossians 1:17).  God, if God there be, does not inhabit a space time continuum like the universe and human beings do.
Primitive societies, however, did make one-to-one identifications between their idols and the spirit of mana that infused their idols.  The Greeks and Romans also objectified their Gods, representing them in statuary and even thinking that sometimes they had taken human form.  They even believed their statuary possessed some of the essential power of the God.  For example, in the council chamber of the city of Stratonicea (West Coast of Asia Minor) there stood the statues of Zeus and Hecate, which were said in a formal city decree to "perform good deeds of great power."  The citizenry celebrated their miracles daily by sacrifice, burning incense, praying, and giving thanks.  Christians generally do not objectify God—with one noticeable  exception.  In the 5th century Nicene Creed Jesus the Jewish sage is elevated to "true God of true God" and "worshipped and glorified." This is apparently a dual movement consisting of God becoming man and man becoming God: it may be thought of as either an instance of the spirit "infused" into flesh and blood, or the materializing of immaterial divine spirit into human matter.
An easier answered historical question, however, is what is God represented as doing in the Bible?  That question can at least be investigated.  The Bible is divided into two divisions: Hebrew Bible and New Testament.  Among other things these divisions are characterized by two completely different thought worlds: Semitic (Hebrew Bible) and Hellenistic (New Testament).  Hebrew Bible describes what God does from the perspective of Old Testament faiths according to Jewish tradition, and the New Testament, drawing on the Old Testament, describes what earlier followers of Jesus thought about God's behavior from the perspective of New Testament faiths.
"Christian" ideas about what God does come much later as expressed in the early Christian creeds, which is not part of the biblical tradition, although Christians argue that the biblical tradition informs Christian beliefs.
Between the two divisions of Hebrew Bible/Old Testament and the New Testament lies Jesus of Nazareth.  The thought world of Jesus is indebted to the Hebrew/Jewish traditions.  Christian theology is partly based on the thought of Jesus the Jewish sage and partly on Graeco-Roman ideas of divinity.  The question becomes: according to Jesus the Jewish sage what does God do?  The most critical sifting of all sayings attributed to Jesus in early Christian literature of the first and second centuries by the Jesus Seminar suggests that there is only modest God-language to be found in the residue of Jesus sayings surviving lapses of memory, and the piety of the church. What little there is suggests that God is not sectarian but cares for good people and bad people alike (Matt 5:45b), even to the extent of providing for their daily needs, like feeding and clothing them (Matt 5:25-30; 7:11; 10:29-31).  Jesus prayed for the daily provision of the basic necessities of life, as though he were indigent (Matt 5:11), and he thought that God's watch-care over the world extended to "numbering the hair on peoples' heads" and micromanaging the deaths of sparrows (Matt 10:29-31).  He knows how to give good things to those who ask him (Matt 7:7-11).  People of means, however, will have difficulty entering God's imperial rule (Mark 10:28; Matt 6:24).
When it comes to Gods, the biggest mistake most people make is thinking that their personal beliefs control what God does.  As Job said, in a sudden flash of understanding, "Shall we receive good at the hand of God and not evil" (Job 2:10, cf. 30:26).  In short, the ways of the Gods, if Gods there be, are inscrutable.
Charles W. Hedrick
Professor Emeritus
Missouri State University
Posted by Charles Hedrick No comments:

Click to hear Charlie interviewed by Shirley Paulson on her podcast, Early Christian Texts, the Bible and Beyond"

I’ve traveled a bit in the world, written widely unread books and articles, and hobnobbed with some near celebrities. But when it gets down to it, I’m really just a curious fellow who wonders “why?”

Have a question? Send me an email: Comments@CharlesHedrick.com